Antibodies The choreography is at its debut in Sicily and is the third stage of the project “South- virus or membership of ” Roberto Zappala .

The choreography will be staged on 6/7/8 and 13/14/15 December 2013 at Scenario Pubblico in Catania.
Produced by the company Zappala Danza and Scenery Public international choreographic center in Sicily, in collaboration with Goteborgsoperan Danskompani , Civitanova Danza / Amat and National Dance Foundation (Reggio Emilia) and with the support of the Ministry of Heritage and Culture and Sicilian Region Ass to the Tourism , Sport and Entertainment, Antibodies declination is the “scientific” project “South- virus or dell’apparteneza” in which the choreographic language, which has as its starting point the microscopic observation of the virus “analyzed” develops into a convulsive choreography and the dancers of the company that meticulous make language from infection subtle, engaging and progressive .

The choreography and costumes by Roberto Zappala, dancers Gaetano Badalamenti, Maud de la Purification, Alain El Sakhawi, Liisa Pietikainen, Robert Provenzano, Roldan Fernando Ferrer, Ilene Romano on stage / slide execute movements in the chaotic appearance of macroscopic bodies (the dancers), ” replicate and retransmit ” the apparent chaos of microscopic organisms, but, as in life, the chaos is organized.
And if in the laboratory often you use certain contrast to better discover and follow new paths of matter, in the same way, in Antibodies, a Bach prelude and a tongue twister Sicilian repeated like a mantra insinuate themselves into the fabric percussive / electronic music obsessive to indicate new paths aesthetic and narrative .

Antibodies begins to take shape in the other aspect of the project, one related to membership. In the show the virus is declined scope biological to the cultural transmitting his infection by a biological body to the social body. Carried by the body / voice of the dancers so the virus sneaks into those events that are absolute membership hymns, (national or otherwise), so to create spaces and worlds but unexplored, from the chaos that lead to the final pacification.

Dances and sounds as an oasis of diversity, other places that, to paraphrase Calvin de Invisible Cities, allow us to distinguish the virus / world that surrounds us what virus it isArte,, give them space . 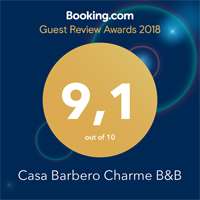