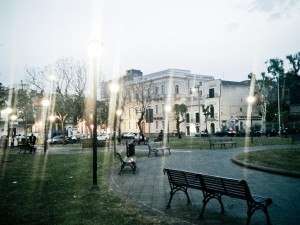 The “Borgo” of Catania
This neighborhood is inextricably linked to what happened March 29, 1669 when the lava outflow from the current twenty days before Monti Rossi, after having buried many small towns, which had reached Misterbianco perhaps then the most populous of all. The river of fire was divided into several wings: one that destroyed the neighborhood of Charity, another went to the Mother Church, and another is directed towards the west completing the work of destruction. Then the lava continued pointing the way toward Catania and the sea.
The inhabitants of Misterbianco managed to retrieve animals, furniture, household goods. It also dragged behind the bell of the church of Santa Maria delle Grazie, the weight of 18 tons. But at this point heated discussions arose on the site where reconstructing the destroyed country.
The majority decided to place a site two miles downstream of the one destroyed (the site of Misterbianco). A minority instead followed the guidance of the priest Giuseppe Leocata, wealthy person who owned some land north of the city of Catania.
The Senate was met by the Catania who made available to the refugee area of ​​Piazza Cavour, located a mile outside the city walls, and it was admitted not only the refugees Misterbianco, but there were a refuge and to build also house families from other centers Etna also destroyed. For a couple of centuries the surnames of the inhabitants continued to testify clearly their origin.
Today the neighborhood, historically called “Borgo” has been absorbed by the city, but within his church more important, “Saint Agatha at Borgo”, there are several sacred representations which refer to the origin of the first inhabitants.
Two churches face each other at a distance on the north (above the Borgo S. Agata al) and south (SS Sacramento to the Village) and a third (at Borgo S. Nicholas) brings in the name of the reference to this locality, but, in addition to them , the square has five buildings of excellent design and artistic fountain.

The Fountain of Ceres
It was sculpted in 1757 by Giuseppe Orlando and located in University Square. A plaque was then pointed recalls King Charles III of Bourbon and the senators that were commissioned Peter Galletti, Giovanni Riccioli, Alessandro Clarenza, the Marquis de Salazar and Dominic Anzalone.
The populace took her for the goddess Pallas, which is why he began calling her “a tapallara”. Its identity, however, is certified by an inscription in Latin, at the bottom, it tells us that once Ceres, of the harvest, “he dictated laws and myths of food to the lands, now remembering the homeland, the richness of the marble make it rain” .
But, despite the noble intentions of the sculptor, this statue is not the common people liked him, especially the position taken by the goddess inelegant, heavily ancheggiante, more suitable for a chanteuse than a lady, and so to it we began to report as a negative example for the girls of the neighborhood that is posing, shamelessly, in the same manner. Of these girls say “au, equal to or tapallara of Buvvu!”

Scandurra Palace, Former Clinical Vagliasindi, Porto Palace, Palace Zappalà Asmundo… read all other information about the palaces and churches of the square of girasicilia.it 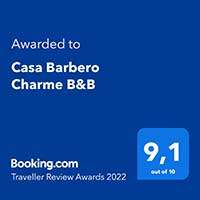